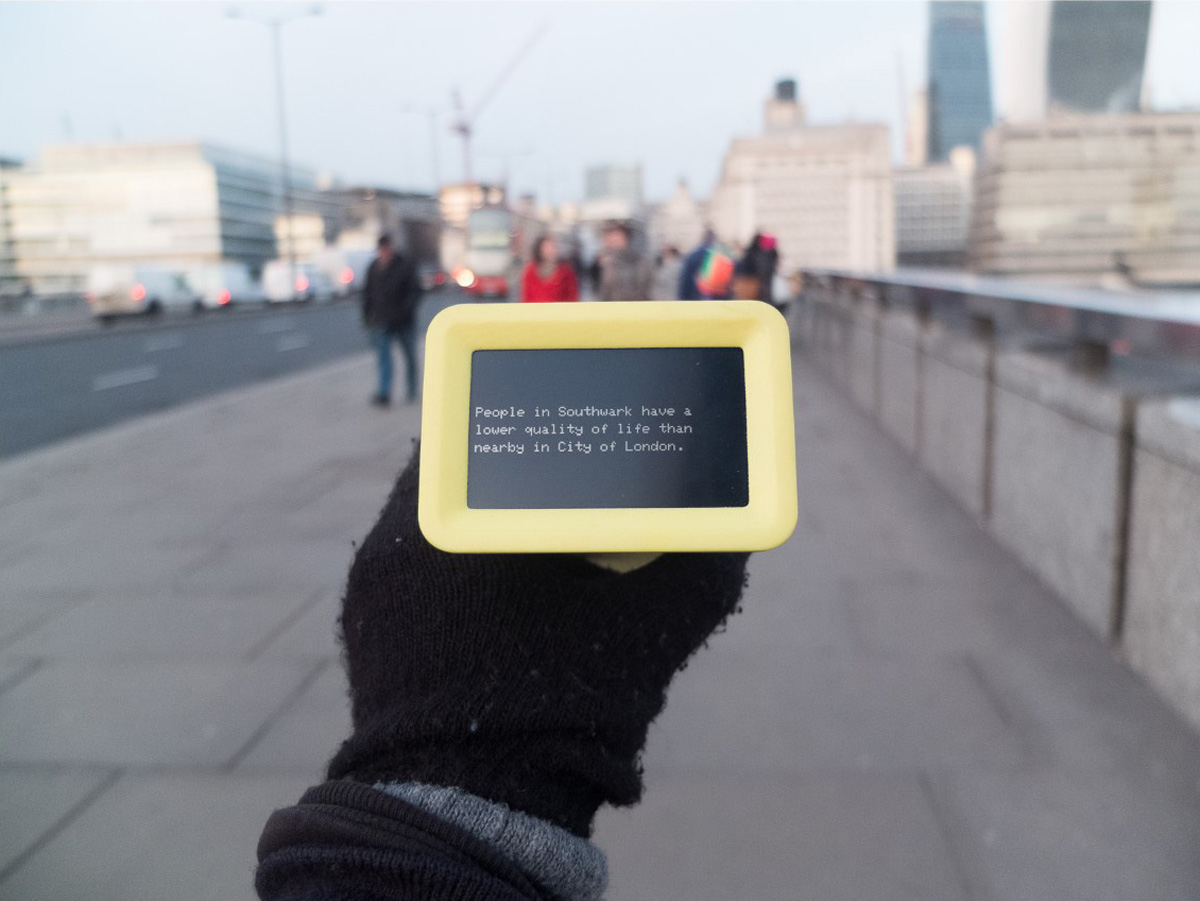 This research was supported by the European Research Council's advanced investigator award no. 226528, 'Third Wave HCI’

The Interaction Research Studio (IRS) at Goldsmiths, University of London explores the design of computational systems for everyday life. Their practice-based research integrates design-led research methods with work on embedded and ubiquitous technologies to produce prototype products embodying new concepts for interaction. They do not pursue design as problem-solving, but instead design products to create situations that encourage playfulness, exploration and insight. Their highly-finished prototypes have been deployed for long-term field trials and exhibited internationally at venues such as the V&A Museum, Tate Britain, and New York’s MOMA. The studio is led by Bill Gaver & Andy Boucher. Current members of the team are Dean Brown, Naho Matsuda, Jen Molinera, Liliana Ovalle, Andy Sheen, Mike Vanis. The Datacatcher was created with IRS alumni Nadine Jarvis, David Cameron, Mark Hauenstein and Sarah Pennington.

Datacatchers are location-aware, handheld devices that display information about the socioeconomic topology of their location. 130 were batch-produced for a large-scale field trial in Greater London during 2014 & 2015. Each device reconstructs geolocated data—concerning property values, crime, typical incomes, local pubs and population health —into short descriptive sentences about the local area. In concert with this, users are invited to communicate their impressions of the area by responding to multiple-choice questions about their surroundings (e.g.: ‘what are the dogs like here?’: ‘handbag’, ‘working’, ‘attack’, etc.). These answers are then added to the stream of messages sent out to other co-located devices.

After living with the devices for a couple of months one participant commented that Datacatcher provided opportunities to discuss ‘bigger issues in the area that normally in your day to day life are not really brought to attention’. This perception met the designers’ objective to develop design-led research that explores the sociopolitical realities of our surroundings, and for data to be more transparent and empowering.

The Interaction Research Studio frames the device as an implicit critique of the limitations of the data that Datacatcher is designed to skim and they point out that the aggregated datasets compiled by companies and governments provide only limited insights about individuals. Calling out data’s populationisation as a ‘totalising logic’ the designers claim that data’s reliance on decontextualising, categorising and comparing characteristics means unquestioningly accepting the norms that sustain inequality. In place of aggregated data, the studio argues for the importance of personal interpretation in interaction design and for greater recognition of the specific context in which all data is located. 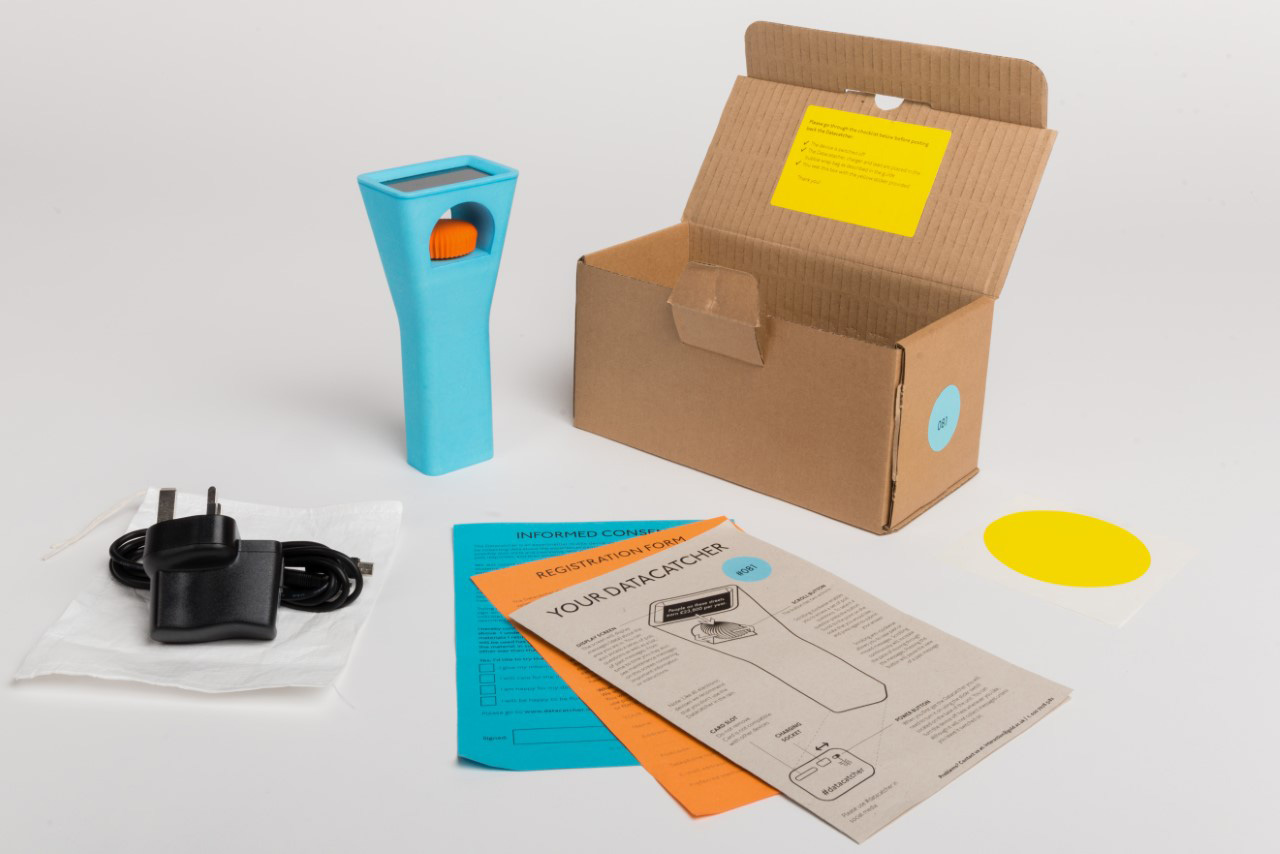 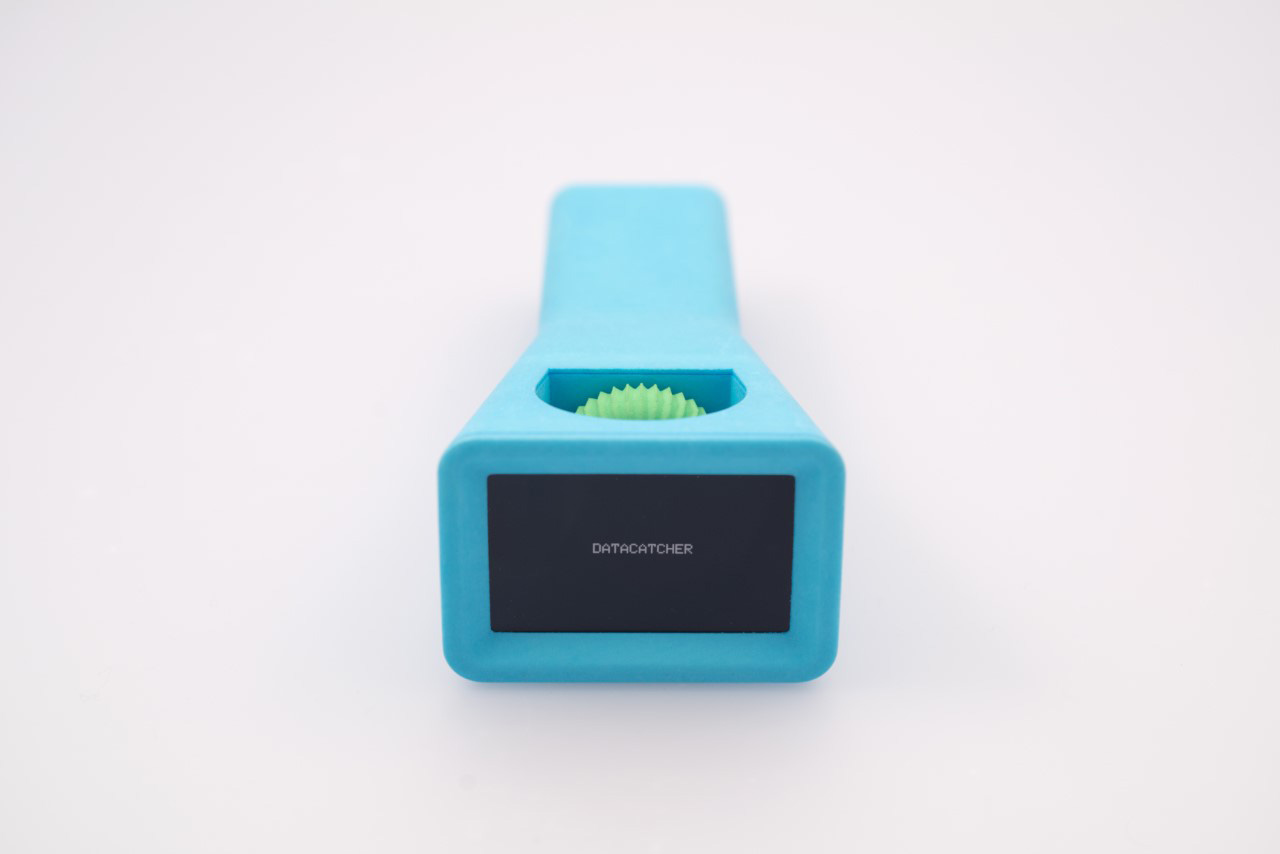 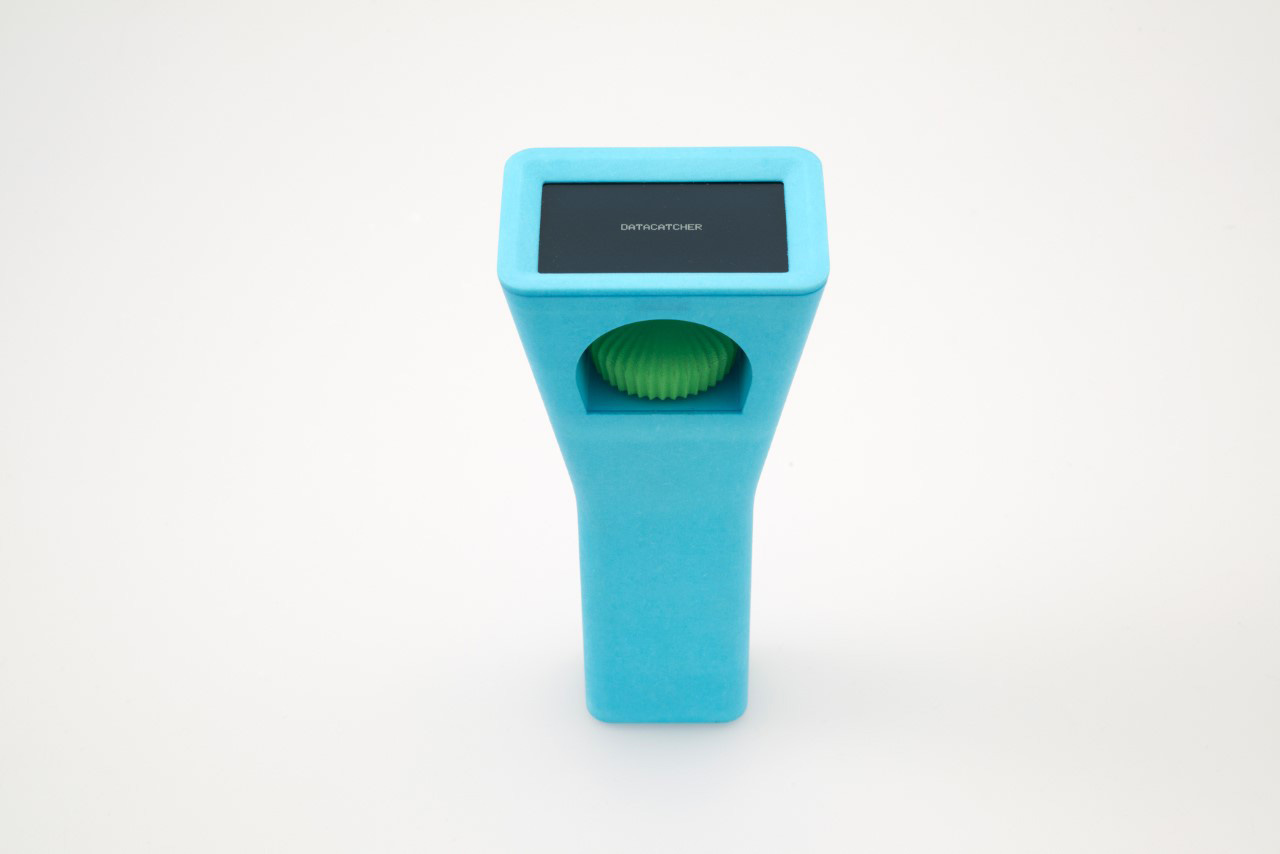