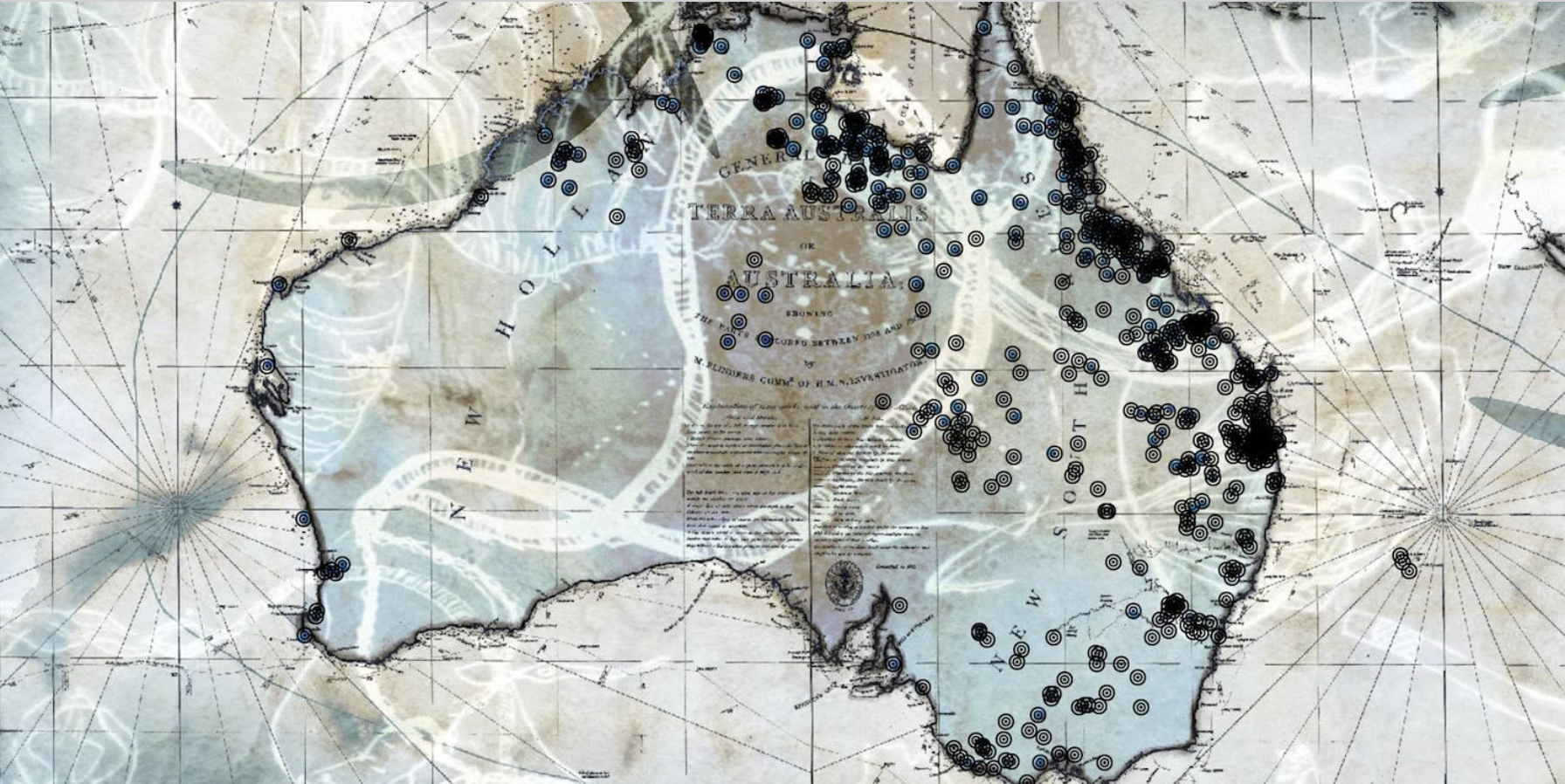 Judy Watson (b.1959) lives and works in Brisbane. Watson graduated from the University of Southern Queensland in 1979, the University of Tasmania in 1982 and Monash University in 1986. Using printmaking, drawing, painting and installation, Watson often explores themes relating to her Aboriginal heritage. Watson’s matrilineal family is from Waanyi country in Northwest Queensland and her work is inspired by traditional Waanyi culture. Watson often uses archival documents and photographs in her art, and the extensive documentation of Aboriginal people in Australia as a resource, and describes discovering how her ancestors were treated as a ‘heavy burden’.

Since the late 1970s, aspects of Watson’s work have focused on massacres of Aboriginal people, and the artwork the names of places 2016 is an ongoing investigation into this subject. This video shows place names of massacre sites across maps of Australia and previous images of Watson’s art works. This work demonstrates a complex intersection of place and data. The the inclusion of ‘hearsay’ and oral histories that have recorded the history of massacres during Australia’s colonisation recognises the fragility of ways of knowing.